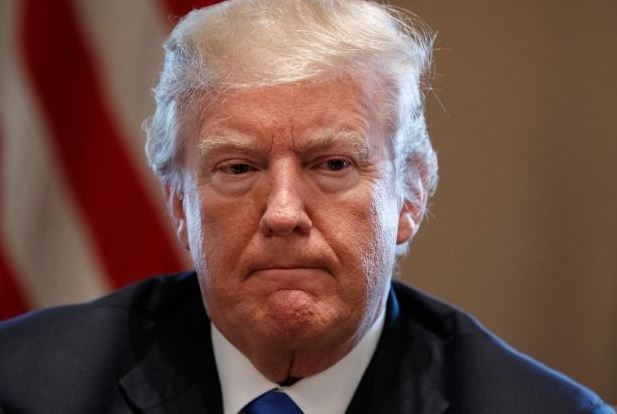 As you probably know unless you have been in hiding for the past few weeks, the recently elected US President, Donald Trump, made a big splash in his new position by using his executive order powers to issue a temporary travel ban against people from seven Muslim countries around the world. In this extremely controversial policy, which the President maintained was to protect his country from the possible threat of terrorism, he barred entry to citizens of Iran, Iraq, Libya, Somalia, Sudan, Syria and Yemen for 90 days, and called a 120-day halt to all incoming refugees.

The fact that Trump selected these countries in a seemingly random manner while ignoring other Muslim-majority countries for the ban, including Saudi Arabia (which has well-established ties to terror in the Middle East but which is also home to Trump’s business interests), has sparked widespread fears that the POTUS will create new travel rules and laws in an arbitrary manner going forward. Canadians are putting spring vacations on hold and waiting till the last minute to book air travel for fear of punitive, random retribution.

“I have a wedding to attend in Florida, in March,” says Kate*, a telecom employee who was born in the Philippines and has held Canadian citizenship for decades. Though she has never been in trouble with the law, she is so concerned about US travel that she is hesitant to finalize her plans. “I have the dress and the shoes, but I haven’t bought the plane ticket yet, and neither have a lot of the other guests who are coming in from all over the world. We’re all playing it by ear and waiting to see what will happen.”

Given the current level of uncertainty when it comes to travel to the United States, it’s not farfetched to wonder who will be targeted next.

While a Federal judge in Seattle has suspended the travel ban order, travellers were still terrified by the snap decision, which saw airlines refunding tickets, passports being seized from Canadian citizens with Muslim last names, and travellers in religious apparel being turned back at US customs. For anyone who has attempted air travel to or through the US lately, the intimidating security measures can seem frightening enough, but the fact that the President was able to even give such an executive order temporarily, despite the threat it poses to international relationships and the harm it could inflict on American business and trade, is especially frightening to those with a criminal record – who aren’t necessarily seen as valuable in the eyes of the law.

At present, Canadian citizens who have a criminal record can obtain a US travel waiver to ensure safe passage across the US border. It is currently the only reliable way to avoid disappointment when attempting to cross; without an entry waiver, there is nothing to stop a US Customs & Border Patrol official from accessing your criminal record through CPIC and refusing to let you through. Already, the absence of a travel waiver can pose big problems for Canadians who want to enter the US for work, vacations or to visit family and friends, because being turned back can lead to job loss, forfeited airline tickets and kiboshed family plans. But in the future, who knows what will be the fate of Canadians with criminal records who attempt to cross without a waiver? Will their passports be seized, or perhaps a fine imposed? Worse, will it become far more expensive, or even impossible, to obtain a travel waiver at all?

With the current political instability around the world, and very close to home, national security could easily be used as an excuse in future to crack down on Canadian citizens with a criminal record. Be safe and get your waiver now, before the price or difficulty level of obtaining a US entry waiver increases. Dominion Pardons & Waivers will undertake all the necessary steps and processes to help you obtain a U.S. Entry Waiver as quickly as possible. Call us today to get started!