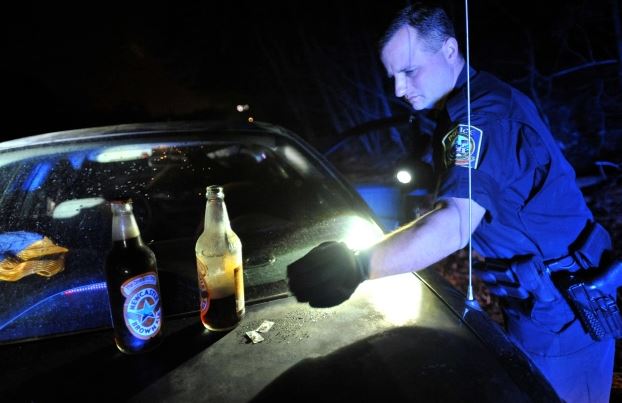 Hopefully, you found this page while searching for how to get a DUI pardon in Ontario, Canada.

We all make mistakes in life. While driving when impaired is certainly a serious matter, does a DUI conviction really need to negatively impact the entire rest of your life? Most people with a DUI conviction simply want to put the ordeal behind them and move forward with a more positive future.

Canadians have the option of obtaining a pardon or US Entry Waiver for a DUI conviction. This removes the conviction from a person’s criminal record, potentially opening up a world of opportunities. Without a DUI conviction, individuals will have a much easier time getting an apartment, job and more.

Obtaining a DUI pardon in Ontario, Canada can be a complicated legal process, but the results are often well worth the effort. If you’re interested in obtaining a pardon or waiver for a DUI conviction, the following in-depth guide has everything you need to know.

The DUI Process in Canada

Driving while impaired is a very serious matter in Canada. Being charged with a DUI almost always results in a conviction. Trying to avoid a guilty verdict is usually a waste of time. Courts tend to dismiss testimony from the charged party. After all, the person is considered impaired at the time of the arrest, so their credibility is pretty low.

Basically, if you’re charged with a DUI, you’ll likely be convicted of a DUI. Most people find that their energy and money is better spent towards obtaining a pardon later than fighting the conviction in court.

Alcohol Limits and the Law

Ontario’s legal limit for a DUI is .08 or higher. However, you can sometimes also be charged with a DUI if your blood alcohol content is slightly below .08 and the arresting officer decides you’re impaired. The specific requirements vary slightly depending on the province.

Just as a DUI doesn’t always have to involve a car, it also doesn’t have to involve alcohol. Any drug which causes impairment can result in a DUI. Marijuana, cocaine, hallucinogens and other illicit substances can all impact your ability to drive safely.

Just because a substance is legal doesn’t mean it’s safe, so avoid driving while under the influence of prescription drugs. Even over-the-counter cold medications can result if a DUI if they cause sufficient impairment.

In addition to driving while impaired, there are a few related offences you need to be aware of.

Another issue to watch out for is “care or control.” Basically, you don’t have to actually be driving in order to be charged with a DUI. You just need an opportunity to drive. This situation mainly occurs when someone attempts to sleep off their intoxication inside their parked car. The law says that you still have control over the vehicle, so you’ll be charged with a DUI even if you’re not technically behind the wheel.

A similar situation is called “Driving by Proxy.” An intoxicated passenger can be charged if they’re left alone in a running car. For instance, if the driver leaves the car running in order to quickly dash into a convenience store, the intoxicated passenger is legally considered in charge of the car. While this is rare, it is a possibility.

Unfortunately, you’ve been arrested and convicted of a DUI. While sentencing varies based on the specifics of your case, the following guidelines generally apply:

First-time offenders will likely have their driver’s license suspended for one year. You’ll also be hit with a $1,000 fine. Penalties increase for the second offence. License suspension will increase to two years. Instead of a fine, you’ll be given up to 30 days in jail.

Penalties are even harsher for the third offence. Here you’ll spend up to 120 days in jail. Plus, your license will be revoked for three years.

The Impact of a DUI Conviction

Even just a year without a license and a $1,000 fine can severely impact your life. But the effects of a DUI can last much longer than just the initial punishment.

Any criminal conviction in Canada, including a DUI, will show up on a background check. This will affect your ability to apply for housing, loans, jobs and more. Anyone who wants to look up your background will see that you have a DUI.

Even worse, you don’t even have to be convicted to be affected. An arrest record can also be easily viewed. While this isn’t as potentially damaging as a conviction, it’s still not an ideal situation.

Note that most common traffic issues are not a part of any criminal record. Speeding, parking fees and other run-of-the-mill driving issues typically aren’t an issue.

How a Conviction Affects Your Ability to Travel

Travel between the U.S. and Canada is usually pretty simple – usually, you have a criminal conviction. With a DUI on your record, crossing the border becomes a bit more complicated.

A DUI won’t necessarily prohibit you from entering the United States. Generally, the U.S. government doesn’t consider a DUI to be a crime of “moral turpitude.” With individual border agents do exercise their discretion, most likely you’ll be allowed to enter the U.S. if your record has only a single DUI conviction.

But that’s not always the case. Sometimes a DUI will result in border guards barring your entry in the U.S. The most common reason this happens is if the guard can only determine that you’ve been charged or convicted of a crime, but can’t see any additional details about what that crime is.

A DUI is only one of a handful of items allowed on your criminal record which does not prohibit entry. However, if the guard can’t see the specifics, he or she will just see that you have something on your record. This can pose a problem at the border.

As odd as it may sound if you’re planning to travel from Canada to the U.S., bring along proof of your DUI conviction. This can take the form of court documents, police documents or some other official paperwork. Proof of a DUI can explain an otherwise unknown conviction on your record. Of course, this strategy will only work if your criminal record is otherwise spotless.

The Power of the Canadian Pardon for a DUI

While a criminal record can cause all sorts of problems both within Canada and abroad, solutions are available. There’s a completely legal way to wipe your record clean. Anyone who performs a background check on you will never know you ever had any type of DUI-related trouble.

There are a few different ways to reset your record. The exact legal strategy pursued will depend on the specific status of your DUI.

If you’ve been convicted of a DUI, you’ll want to apply for a pardon. This will remove the conviction from your record.

If you’ve been arrested for a DUI, but not convicted, you’ll need to apply for a “purge and file destruction.” This removes the arrest from all official records.

How to Get a DUI Pardon in Canada

When you think of a pardon, do you picture a last-minute call from the governor or some other dramatic situation? Pardons may seem like a rare event reserved for unique legal cases, but they’re far more common than people often think. Regular folks with minor crimes like a DUI are absolutely eligible for pardons. In fact, people obtain pardons every day.

But obtaining a pardon does require some effort on your part. You’ll need patience, some money and the ability to navigate Canada’s legal system.

First, you’ll need some patience. A pardon can only be granted five years after the day you paid your fine. This mean, if convicted of a DUI, you should pay your fine as quickly as possible. That’ll start the countdown, which means you can get eventually be granted your pardon quicker.

The good news is you don’t have to wait five years to start the process. Preparing the paperwork can take anywhere from a year to 20 months. Information about your case will need to be gathered, forms need to be filled out and other bureaucratic issues must be attended to. So even if you were just convicted of a DUI a day earlier, you still want to start the pardon process as soon as you can.

Only the fine counts as part of the five-year timetable. If your license has been suspended for a year or more, that won’t impact any potential pardons.

Costs for a pardon are pretty reasonable. Generally, you’ll pay under a thousand dollars in legal fees and about $630 in fees to the Receiver General. In the long run, the financial benefits of a clean criminal record are far more valuable for most people.

Will Your Pardon Be Granted?

The courts will carefully review the specifics of your case. While there’s no way to know for sure what will happen, certain factors are commonly considered.

First, getting a pardon for your first DUI is much more likely than obtaining one for your second, third, etc. Courts typically only pardon someone who obviously made one mistake they want to put behind them. A habitual drunk driver just isn’t a very sympathetic figure.

Your chances of success increase dramatically if you have experts on your side. Professionals in pardon services can help you navigate Canada’s legal system when seeking a pardon. Aside from pardon services, you can also get help with U.S. entry visits and arrest record destruction.

Everyone makes mistakes. Unfortunately, just one DUI can have a negative impact on the rest of your life – even after you’ve paid the fine and had your license reinstated.

A DUI pardon gives you a second chance. Every trace of your DUI arrest or conviction can be completely wiped from all legal records. Aside from a pardon, you can also purge records, photographs, fingerprints and all traces of your legal problem.

A conviction won’t just go away on its own, but you can be granted a pardon to wipe your record clean. Once your record is reset, you’ll be able to apply for jobs and housing with worry. Also, travel to other countries, including the U.S., becomes easier and hassle-free. In short, a pardon can help your life get back on track.