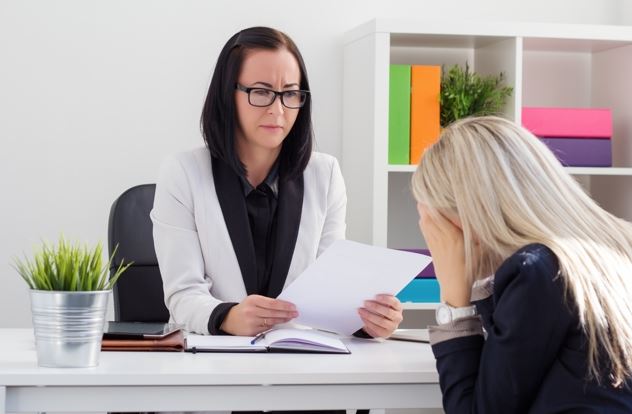 Has your workplace suddenly changed their policies and now your HR manager has asked you for a criminal record check as a condition of continuing your employment? Believe it or not, this can happen. It happened to Karen*, a 39-year-old Notetaker for the deaf and hard of hearing. Let her tell you about it:

“I had worked for XXXX Hearing Services* for three years on a part-time basis when I received an email that they were now going to require a criminal reference check from all their employees to comply with new rules. I thought it was ridiculous since we were all working there already, and there hadn’t been any problems, but deaf students are considered vulnerable persons, so the check was going to be a must.

We were provided with a form to take to Toronto Police headquarters, which I did, and paid my fee. I think it was $57. I remember a few weeks went by and I didn’t hear anything back, which made me nervous, because I had had some trouble when I was younger. Sure enough after about 6 weeks I received a letter telling me I needed to submit my fingerprints to the RCMP. I didn’t understand what I was being asked to do. I was nervous to tell my boss about the negative results, which seemed to be like admitting to a criminal record. I had been through that with another boss and lost the job, so I didn’t want to go through that again.

I should have kept my mouth shut, but instead I told my boss there would be a delay for me to figure out what was going on. She didn’t say much, but we had been told not to submit our availability until the record check came back. So I just stopped putting in a schedule. They had lots of other part-timers and no one ever followed up with me. I just never worked for them again.”

Karen lost out because she was so confused and ashamed by the results of her criminal check that she didn’t continue with the process. As a result, she lost out on work hours and allowed her past to affect her future. So, what should you do if asked to produce a vulnerable persons or other type of criminal record check?

Obtaining your Police Reference Check allows you to take control

Have you ever heard the phrase ‘the devil you know is better than the devil you don’t’? So true, yet we tend to not want to hear the bad news; whether it’s information about our finances, our social media critics or our criminal record, we would rather not know. Unfortunately, ignoring a problem doesn’t make it go away. Here’s what you need to know when asked to produce a records check:

The bottom line: don’t give up and simply quit your job or fail to follow through with a criminal check. What you do know about your criminal record is always better than what you don’t – and if an existing criminal file or record is posing problems, call us today for a confidential consultation.